0
No products in the cart.

Welcome to the second article of the series “Field Notes”. This time I bring you a story about a predator, which, although relentless, is crucial for pest control and for the “balance” of ecosystems. This animal is the wasp spider (Argiope bruennichi), which for me is one of the most beautiful spiders of the Portuguese fauna.

For some time now I’ve been developing a project about the Portuguese spiders, once these animals are still involved in some myths and phobias and I want to help to demystify these ideas, showing their beauty and their interesting behaviour. I found this spider almost by chance. it was in the centre of its web, built in the undergrowth, waiting for its next prey. My initial idea was to take several photographs that showed the beauty of it, but after observing its behaviour for several hours, on different days, I realized that it was a relentless predator and that behaviour triggered even more interest in this species.

As I mentioned in the previous article, my photos usually go through a creative process, in which the first results may not be exactly what I’m looking for, but they help me progress towards what I want. And that was exactly what happened in this case, I went from focusing on the colours and patterns of the species, to focusing on the predatory behaviour. The animal I was photographing was a female, which is very easy to distinguish from the male, because it’s more colourful (the male is brownish) and is much larger.

It was early August, around 4pm when I took this photo. It was very hot and the sun shone directly and intensely on the spot where the spider was. To avoid the strong contrast that light normally produces at this time of day, I positioned myself in order to shade the spider, prepared the camera and waited for an unlucky insect to get trapped in the web. Several flies were falling on this complex structure, worthy of the greatest art exhibitions, and the spider with the speed of a blink of an eye attacked the prey and wrapped them in a ball of silk to feed on later.

To make this photograph I had to get very close to the spider, because the objective was to focus on the prey, keeping the spider slightly out of focus. I think that this way I managed to convey the point of view of the prey and a sense of mystery. The use of a lens designed specifically for macrophotography, was essential and in this case I used my Tamron SP 90mm f / 2.8 Di, an old lens, but with excellent optical quality. Currently there’s a new version, even better and at a very affordable price. My main camera at that the time was a Nikon D7100, but I currently own a Nikon z6, which is simply amazing! The use of a tripod was also essential because I was working with very shallow depth of field and any movement, even of millimetres, could result in a totally blurred image.

The shutter speed used was 1/250s, ISO 500 and aperture f/8. I always use two post-processing programs to edit my photos: the basic and general adjustments were performed in Adobe Lightroom, and then the most localized adjustments in Adobe Photoshop CS6. The following image compares the before and after post-processing. Due to the intensity of the moment, I ended up accidentally underexposing the photograph and had to correct that flaw. Usually, I try to edit my images as little as possible, and my goal is always to achieve a final result close to what I experienced while photographing. In this case, using Lightroom, I increased the brightness of the image, the contrast and the saturation and in Photoshop I retouched a little more the brightness, added some sharpening and reduced the noise. 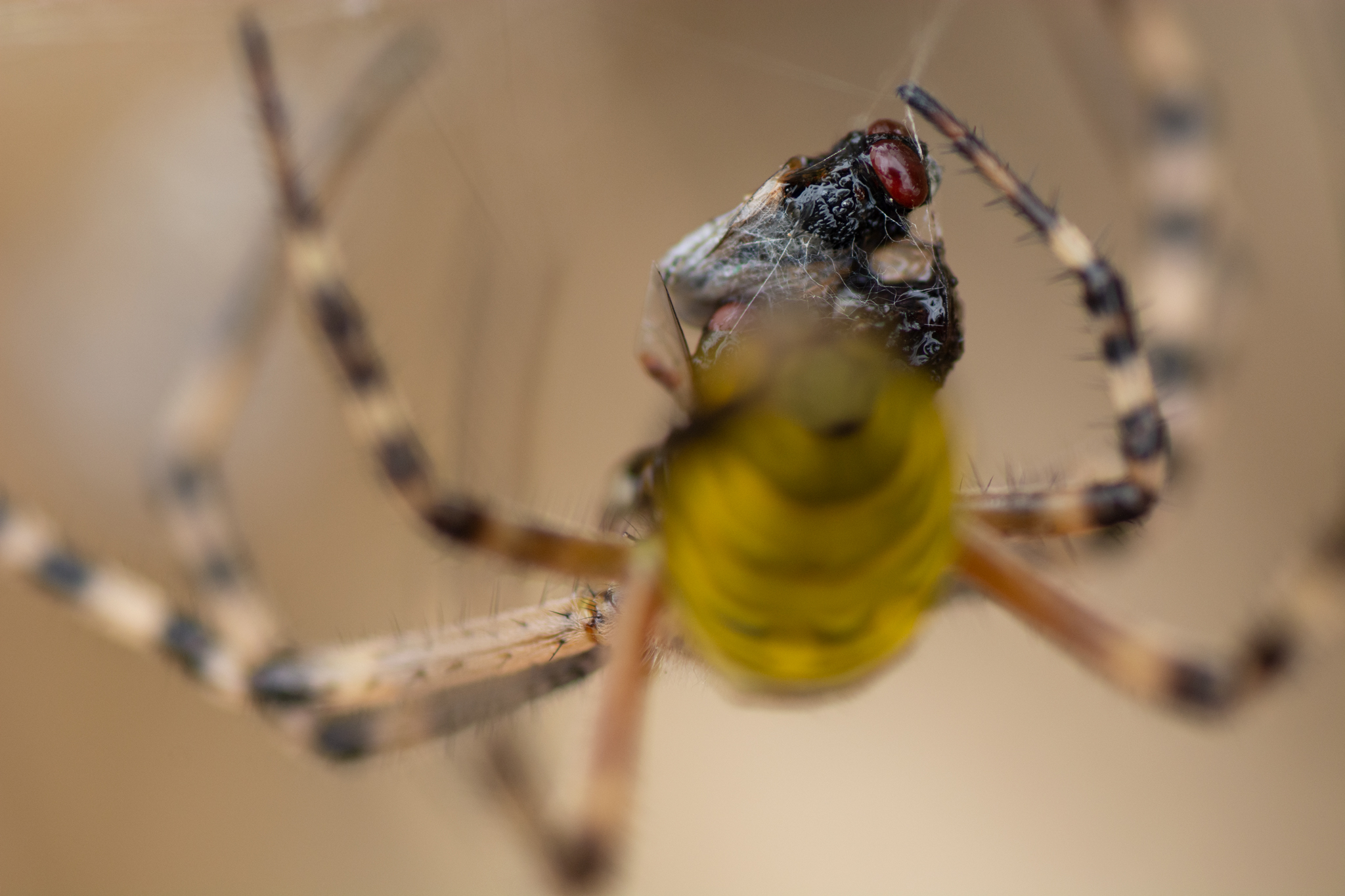 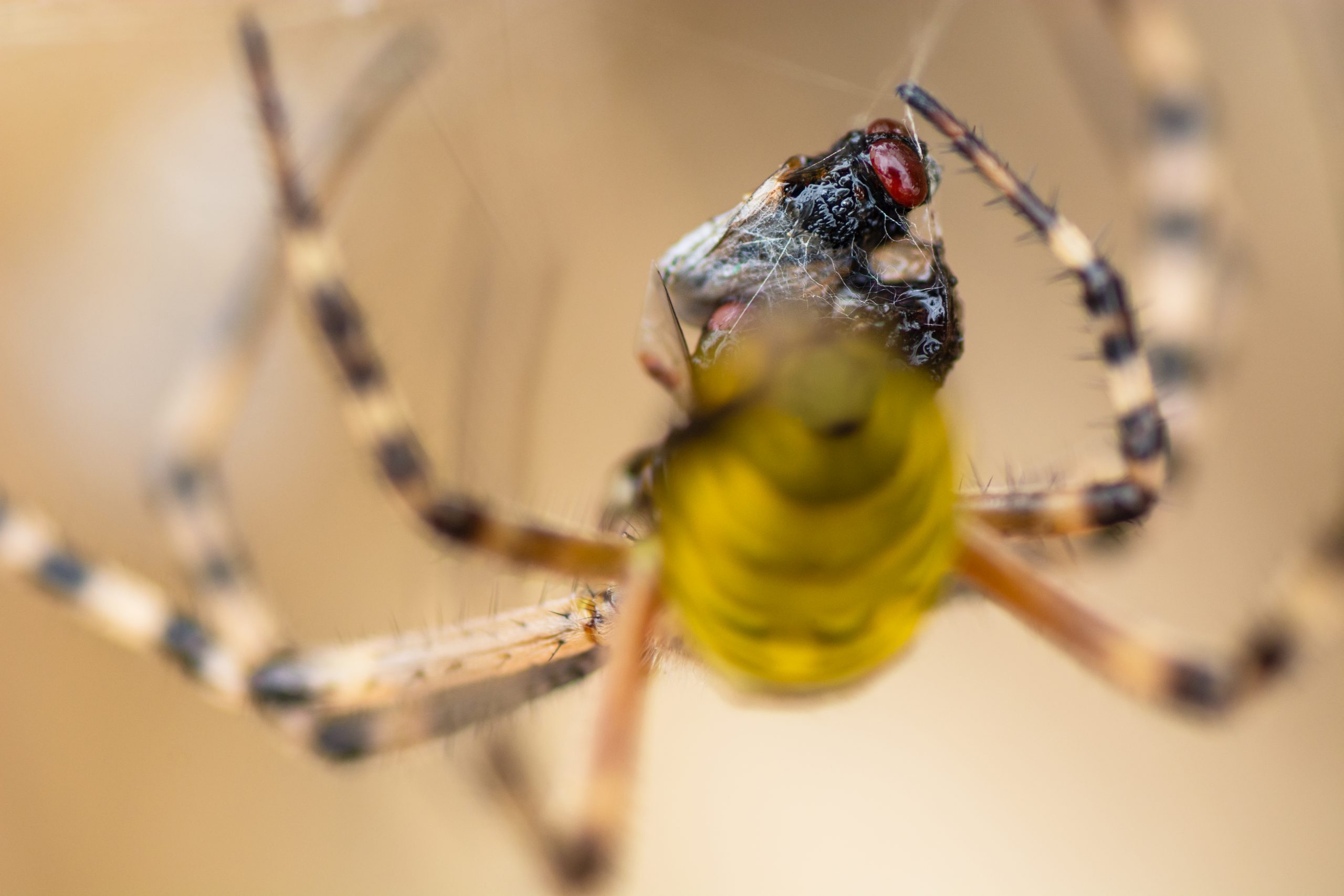 Thank you for reading this article. If you have any questions or suggestions feel free to contact me.